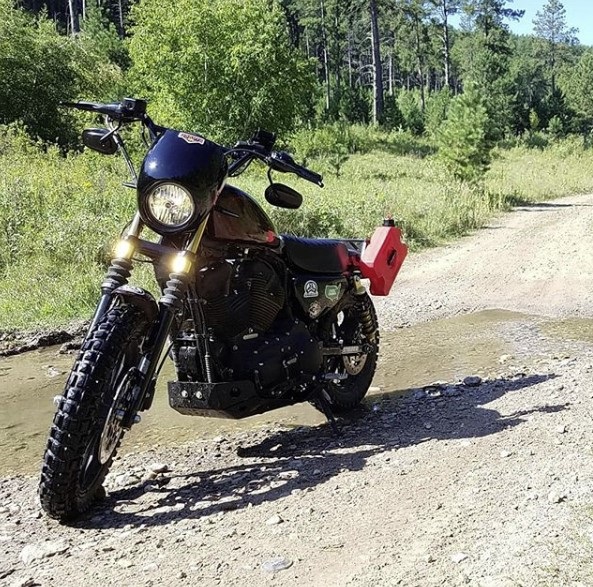 Since its inception in 2007, Strider Sports International Inc. has donated over $600,000 which includes cash and bikes to organizations that benefit children and adults, including individuals with disabilities. The Strider Bike line-up includes the 12” model for younger riders and the 16” and 20” models, developed in the last couple of years for older children and adults with balance and coordination challenges, such as Down syndrome and autism. Research in 2015 showed that riding a Strider Bike helped children with Autism Spectrum Disorder (ASD).

“Strider Sports Int’l has done amazing things for our program at Rapid City Central High School,” said Amy Heuston, a Special Education teacher who submitted a letter of reference for the award application. “They not only have given us thousands of dollars in bikes and helmets, but have given their time and love to our students with severe/profound disabilities. Strider Bikes have made ENORMOUS impacts with many of our students, and in many skill areas.”

Heuston uses 13 Strider Bikes in her classroom and has seen benefits in PT, OT, Speech, Behavioral and Social, as noted in 5 Areas of Impact Strider Bikes Have with My Special Education Students.

Physical therapists such as Kim Burke, PT, MPT, of Lifescape, use Strider Bikes, “to empower children and adults with disabilities to lead fulfilling lives,” as she wrote in her letter of reference. “Strider Bikes have been a great tool that continues to challenge balance, strength, endurance, motor planning, etc., in a fun and functional way.”

Many people with special needs never learn to ride a two-wheeled bike because of challenges with balance and coordination. Strider has worked with several organizations to change that, such as the Special Olympics Young Athletes Program. Starting in 2015, the Strider Cup Racing Series included Special Needs Races for individuals of all ages and abilities.

The Governor’s Awards ceremony is co-sponsored by the Boards of Vocational Rehabilitation, Service to the Blind and Visually Impaired, the Statewide Independent Living Council and the Department of Human Services.

Wednesday, May 6th– The City of Rapid City, hosted by the Parks and Recreation Department, Presented Strider’s own Marty Martinez for the Commuter of the Year Award. In honor of National Bike Month the city holds an annual Bike to School Competition. Despite the rainy conditions, 76 students participated in the event.

The Parks Department notified Kent Jacobs, Strider US Sales Manager in advance of his award, and they must know how we love a great surprise!

Marty said “I get this text from Ryan [Strider founder, chief enthusiast and CEO] saying he needs some help picking out a bike for Kristi [Ryan’s wife] at Black Hills Bikes.  He said it would give us a chance to “talk“so I was kinda sweating bullets you know?! Boss needs help picking out a bike and wants to “talk”.  So we get in the truck and head on down toward the bike shop, we get in the turn lane to go into Founder Park. Still no clue of about what’s to go down.  When we get out I notice the Strider van as we are walking I see Charlie [Strider QC] and start wondering what kind of event does he have planned? Then I see my Wife Julie with my youngest daughter, that’s when Ryan said that I had won the Commuter of the Year Award, I’m still not buying into it, but then more and more people start to show and well, the rest is in the books.”

Based upon his Strava statistics, he is averaging 65 miles per week and has logged nearly 1,000 miles since January 1.  He averages about 20 days of biking to work each month, “not counting the fun rides in the forest with friends.” Marty says he isn’t training for anything right now, (although he has been known to kick butt in a race or two) but has the Xterra Aspen Valley and Xterra Buffalo on his radar.

He said one main reason he started commuting is because he made a deal with his daughter that if she got a job he would let her buy his Subaru. Of course she took him up on his offer…

Since his award last week, we received an email from Ryan letting the Strider Headquarters Staff know that Marty will be moving away from Striderville at the end of this month.  Marty’s wife Julie had an amazing opportunity to take a new job in Boulder Colorado, and with their family’s love for the outdoors and skiing, Colorado seems like the perfect place for them.  Thankfully though, we are excited to say that Marty will continue to represent the Strider Brand as an account executive from his new home in the Rocky Mountains.

Best of luck, Marty, on your new adventures. Stride On!

Strider lost a great friend and long time familiar face around the office this week. If you’ve ever been to STRIDER HQ there is a good chance you’ve met Chance

He was the building greeter. Planting himself in the lobby waiting for somebody to arrive hopefully with a treat in hand or at least a scratch on the head. He also loved cuddling with toddlers and getting his daily treat from the UPS delivery driver.

Thanks to all of your support, Strider Bikes is getting too big for it’s britches! And that’s a GOOD THING! We’ve moved into a new building that our very own Joe McFarland designed just to fit all of our Strider goals… you know, the ones about two wheeled world domination and getting rid of training wheels and tricycles FOREVER. *Boo!! Hiss!!!*

Well it’s been about 2 months and I think we’re pretty much all settled into our new building! (It’s right down the street from the old headquarters but it is still very exciting!) Our New Address is 2221 N. Plaza Dr. Rapid City, South Dakota 57702

Stop in and say hello! In fact, many Striderville folks aren’t even aware that we sell bikes here… well we do! And if you bring your little Strider Riders with you when you come I promise to let them ride up and down the halls as much as they want and interrupt any meeting to show off their skills, and I also promise I will try as hard as I can not to pinch their cute little cheekies because every single Strider Rider who comes through our front door is ADORABLE!!!! (I’ll be the crazy lady behind the front desk when you come in, and the one playing on the floor with your kid when you’re trying to leave …ok and possibly pinching their cute little cheeks!)

What do all of the following have in common?

The Answer: All of these were on the bike path at last Friday in STRIDERville. Spring is just around the corner and there are so many people out enjoying this BEAUTIFUL weather! I hope you get a chance to do the same!

Strider Sports is made up of all different types of riders. From our youngest STRIDER test riders (aka employee’s children) to Ryan Mcfarland (STRIDER Founder and Chief Enthusiast) who likes multi-day rides on his KTM 990 Adventure.

This movie, “Why We Ride“, looks pretty cool. Can your family identify with this? Maybe we need to make a similar movie with all different types of bicycles.

Have a great weekend with your little 2 wheeled enthusiast!

Meet Eddie! Strider Bikes Director of Sourcing, who literally travels around the world to help make STRIDER Bikes the best that they can be!

To view Eddie’s full staff bio and to check out the rest of the Strider staff click HERE!

YOU KNOW YOU WANT TO!